A recent appellate case from the Eleventh Circuit Court of Appeals affirming the dismissal of a plaintiff’s complaint filed against Royal Caribbean Cruises Ltd. d.b.a. Royal Caribbean International presents an interesting case study in the difficulties associated with cruise ship injury litigation. In Taylor v. Royal Caribbean, Pamela Taylor was severely injured when she tripped and fell while disembarking the Allure of the Seas via its gangway. The district court judge initially required Taylor to replead her complaint. Royal Caribbean then moved to dismiss Taylor’s amended complaint on the basis that she failed to allege facts as to how any breach of the cruise line’s duty proximately caused her injuries. Royal Caribbean further argued Taylor’s negligent failure to warn count should be dismissed because she also failed to allege facts establishing that it had notice of any alleged dangerous condition. Instead, Royal Caribbean asserted that Taylor had alleged mere “generalities divorced from the actual circumstances of her accident.”

The district court agreed with Royal Caribbean and dismissed her action. On appeal, the Eleventh Circuit agreed with the district court and held that as to her negligent maintenance claim Taylor failed to plausibly allege what actually and approximately caused her to trip and fall, leaving Royal Caribbean to guess which alleged failure was the cause of her injuries. Similarly, as to her negligent failure to follow policies claim, Taylor failed to allege facts concerning which Royal Caribbean policy that was allegedly not followed caused her injuries. On Taylor’s negligent failure to warn claim, where she contended that Royal Caribbean breached its duty of care to her by failing to warn her of “the dangerous condition of the uneven flooring” of the gangway when she was disembarking the Allure and that Royal Caribbean “knew or should have known through the exercise of reasonable care of the dangerous condition,” the Eleventh Circuit agreed that Taylor failed to provide factual detail as to how the gangway flooring was uneven and how that unevenness caused her trip and fall.

So what are the lessons learned from this case?

It is not enough to allege all of the ways a plaintiff’s injury might have happened after a cruise ship accident, actual causation allegations are critical for cruise ship accident compensation. Although at first blush it might seem that fault here would lie with the plaintiff’s lawyer whose pleadings were judged as insufficient, more than likely Ms. Taylor could not explain what caused her to fall. That is not at all unusual. Of the many slip and fall cases we have handled at Charlip Law Group, it is not uncommon for clients to have little to no knowledge or understanding of what caused their fall. It is usually way too late to first begin investigating that critical fact once a cruise ship accident lawyer is retained.

What do I do if I have a cruise ship accident?

Typically when they have a cruise ship accident, clients that slip or trip and fall, particularly those that fall on cruise ships, need to understand that it is vitally important to investigate and learn, right then and there, what it was that caused the fall. What that means is they need to marshal their traveling companions and seek out any witnesses, get statements and names, addresses and phone numbers; take photos and video and review all of the photos and video to make sure the quality is as visible and as comprehensive as possible; make notes about what happened as far as time, weather conditions, warnings, clothes and footwear worn and anything else that was significant to what caused the fall. 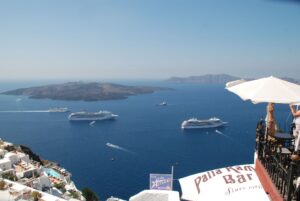 Of course, plaintiffs’ cruise ship injury lawyers certainly need to understand and be prepared to meet the rigorous pleading standards required by federal courts and to screen out those potential claims that are so lacking in facts regarding causation that dismissal similar to that which occurred in Taylor would be inevitable. At Charlip Law Group, LC, with our team of cruise ship accident lawyers we can navigate you through the rough waters of presenting and resolving cruise ship accident claims. Call us at (305) 354-9313 should you wish to discuss your situation further. Also, you can connect with us on Facebook, Instagram, and YouTube. We are here to help.

How Strong is Your Case?

Tell us about your legal concern

UNTIL WE HAVE AGREED TO REPRESENT YOU, NOTHING YOU SEND US WILL BE CONFIDENTIAL OR PRIVILEGED. ACCORDINGLY, PLEASE DO NOT SEND US ANY CONFIDENTIAL INFORMATION. UNSOLICITED EMAILS ARE NOT BINDING ON THIS FIRM AND CANNOT IMPOSE VALID DEADLINES.